Home Advanced Concertinas The English concertina and the Duet concertina 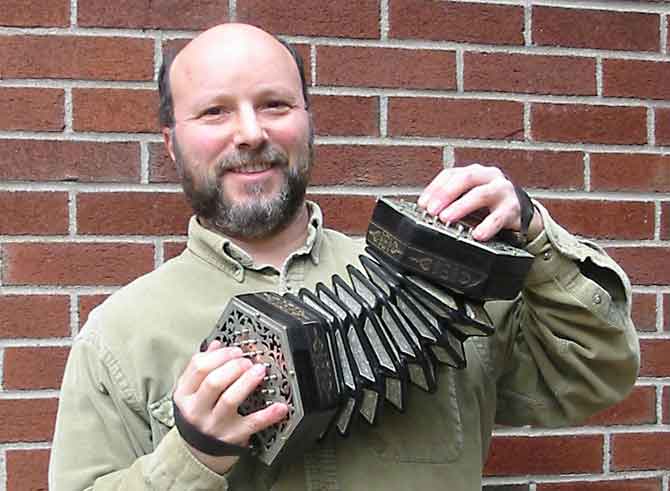 The English concertina and the Duet concertina bear similarities in history and construction. Both systems generally play a chromatic scale, and are unisonoric, with each button producing the same note whether the bellows are being pushed or pulled. Both these English-developed instruments are smaller than German concertinas, and tend to be hexagonal, though occasionally having 8, 10, or 12 sides. The English system alternates the notes of the scale between two hands, enabling rapid melodies. The Duet system places the low notes on the left hand and high on the right, facilitating the playing of interlaced harmonies and melodies.

The English concertina is credited to Sir Charles Wheatstone, who first patented such a design in 1829 in Great Britain. Wheatstone was also the first to patent a Duet concertina, in 1844.[1]